PARENT/SPECTATOR, COACH AND PLAYER CODE OF CONDUCT
Youth sports are supposed to be fun and for the children. Unfortunately, many parents, fans and coaches don’t realize that their actions, whether verbal or nonverbal, can have a lasting emotional effect on children.  Please remember that this is a family event and to be a positive role model for the kids!
Parents, fans and coaches who follow this simple code can help reinforce what competitive sports are all about!   We want a competitive atmosphere that is positive and safe for everyone!

Directors/Coaches/Team managers are encouraged to have a parent meeting with your team(s) to discuss the following:
1) Teams and spectators should demonstrate good sportsmanship! Team chants/cheers and spectator and coaches comments should not be derogatory or demeaning towards opposing teams/players/coaches.
2) Spectators or players are not permitted to approach the score table or referee at any time. Only the head coach has authority to speak with the score table or referee if there is a question regarding the awarding of a point.
3) Spectators and coaches will be a positive role model for children and encourage sportsmanship by showing respect and courtesy, and by demonstrating positive support for all players, coaches, spectators, officials, and staff.
4) Spectators, coaches and players will not engage in any kind of unsportsmanlike conduct with any official, coach, player or spectator such as booing, taunting, refusing to shake hands, or using profane language or gestures.
5) Spectators, coaches and players will not encourage any behaviors or practices that would endanger the health and well being of the athletes.
6) Spectators and coaches should praise their team members for competing fairly, trying hard, and make the children feel like a winner every time, regardless of the score!
7) The use of drugs, tobacco, and alcohol during youth sports is prohibited by BAS. Spectators, coaches and players will refrain from their use during all league activities.
8) Parents, remember that all coaches are volunteers! Respect the fact that they are willing to give so much of their time to your child.
9) Each team’s head coach is held responsible for the conduct of their fans/spectators/team participants.
10) Fighting in any form will absolutely not be tolerated.  Verbal/physical altercations may result in the forfeiture of games (and/or cancellation) of games.  Teams involved will also risk suspension from competing in future BAS events.

11) Officials and the BAS Staff have the authority to remove a player, coach and/or spectator from the facility for any reason and can declare the game a forfiet due to unsportsmanlike conduct.
Posted by BAS Tournaments at 9:15 AM No comments: 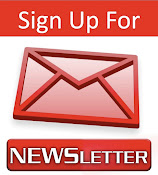 Subscribe to our Newsletter for information about gym locations, weekly specials and more!

Need a car rental? Use the BAS discount code at Avis!!!

Promote Your Page Too